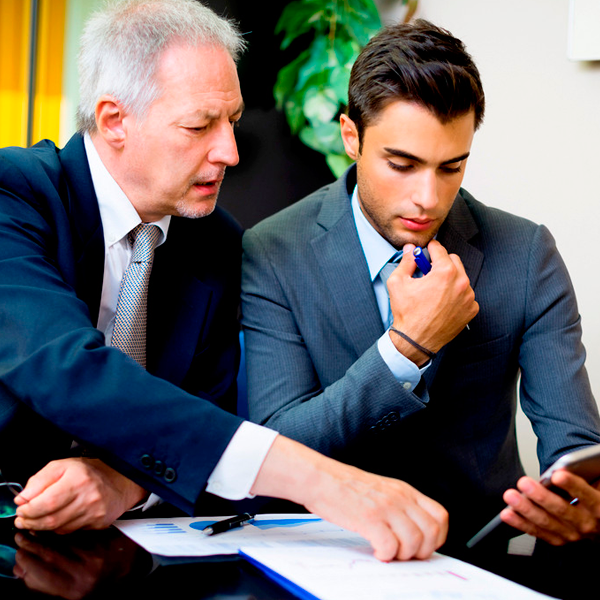 BLOCKING A FAMILY MEMBER´S INVOLVEMENT IN A BUSINESS

In developed economies, just as in emerging markets, most companies are born as family businesses. However companies or businesses in which a family owns a majority stake often face an unpleasant reality. In fact, the probability that they will prosper in the long term is low, given that, according to statistical data, only 5% continue to generate value for the shareholders after the third generation. One of the risks faced by these companies arises from the fact that the generations succeeding the founder do not always inherit the same leadership and entrepreneurial vision.

In the eternal discussion about competitiveness in the family business, many arguments can be made for and against. The positive characteristics include a long-term orientation and personal attention. Some of the negative characteristics can be confusing: organisation charts, nepotism, family feuds, resistance to change, autocratic leadership and succession problems.

The different perceptions of human resources, dividends, corporate strategy and control structures are something that can be foreseen, and therefore pre-emptive mechanisms can be put in place. One proven way to achieve agreement is the creation of a family protocol that incorporates strong corporate governance as well as the institution of a family council and a board of directors.

The following example demonstrates how such a conflict might occur. A number of years ago, siblings Laura and Sebastian founded a manufacturing company, with ownership shares of 65% and 35% respectively. This company is run by both siblings, but one day Sebastian decides to include Luigi, his son, in the company’s workforce. Luigi is 32 years old, abandoned school aged 17 and is a failed sportsman.

How does each of the three family members perceive this decision? Sebastian sees this as a good decision for both business and family; his son Luigi will show unconditional dedication towards the company and it is an opportunity for him to discover the family business as well as doing something productive. Laura perceives this as a bad decision for both business and family; Luigi will not be productive in the company, which will create problems with her brother. Luigi sees this as a bad decision for the business, but good for the family; by working at the family business he will improve his relationship with his father, but he knows there is little (or nothing) he can do to contribute to the company.

On one occasion, a founding owner mentioned, “You can’t expect a family to systematically generate people competitive in upper management functions”. Another pointed out, “Luckily my uncle, who was named CEO, died very young, otherwise he would have ruined the company”. A third explained, “The key to our success is that we hire the best, and if it turns out they are not the best, we fire them”.

Other examples of philosophies that cause conflicts are:

The origin of these types of conflicts is born from differences in abilities, experience and work ethic.

In order to solve these types of conflicts, there are two basic tools. Firstly, adopting corporate governance practices which encourage the participation of professionals and consultant specialists as far as possible in the most fundamental and practical issues. This should be in a way that is totally independent and free from family influence. It also involves the implementation of information transparency measures, the integration of committees in different areas, with the aim of diminishing the centralism in the decision-making process, and the institutionalisation of the company, without losing its family character.

The second basic tool is the integration of a family protocol. This is simply a document in which clear and objective rules explain the family head and founder’s vision for the company’s succession. Similarly, this document should establish the rules for the relationship between family members and the company. In this way, it is possible to create an environment free from family-business conflicts, with defined career paths for family members, standards for incorporation of new family members and descriptions and profiles of key positions that may or may not be filled by family members. It has been observed that before accepting a new family member, many companies ask the new family member to work for another company, preferably in the same industry, in order for them to learn how to behave in the workplace, follow a schedule, obey orders, respect rules, compete and maintain their job despite the labour competition.

It is necessary to have effective rivalry management in a family business, as well as respect for each member’s needs and a leader with democratic authority, who gradually delegates more and more functions as they grow old and dedicates more time to teaching and coaching.

In conclusion, it is important to not make the common mistake of engaging unqualified and incapable children or other family members in a company and vital to institute a board of directors and corporate governance to control the situation. It is imperative to make the distinction between directors and owners, and to educate family members to be owners, capable of making good decisions that foster the company’s growth.

Implementing these tools in the best possible way in any family business will make it possible to at least minimise, if not avoid, the involvement of a family member who lacks the requisite qualifications and skills for guaranteeing the company’s success as well as its future succession.